On February 12, 2018, Tropical Cyclone Gita hit the island nation of Tonga as a Category 4 hurricane, causing major damage across Tongatapu, the main island, as well as the neighboring island of Eua. The total economic loss was estimated at approximately 38 percent of gross domestic product, triggering international support for long-term recovery. At the request of Tonga’s National Emergency Management Office, the UAV4Resilience (UAV4R) team deployed to Tonga to capture post-disaster UAV aerial images.

The main challenge was to fly as quickly as possible while still meeting all regulatory requirements. Because the plan was to fly above 400 ft, the team had to seek additional permission from the Civil Aviation Authority, just as for the October 2017 field-test missions. The approval process took three weeks to complete and modifying any flight plans for complex airspace operations took between one day and one week (more detail is in annex 1). The logistics involved in reaching the island were also challenging. Eventually, the Australian Department of Foreign Affairs and Trade (DFAT) emergency response team offered the UAV4R team transport from Brisbane to Tonga on a C17 military aircraft.

As is often the case with emergency response flights when time is of the essence, a balance had to be struck between high absolute positional accuracy and speed of flying and post-processing. The UAV4R team compromised on positional accuracy in favor of faster flying and data processing. Having flown UAVs in Tonga just four months prior to the cyclone, the team already had a valid Part 102 New Zealand certificate to fly and also knew all the takeoff and landing sites, which saved time.

Moreover, the collection of baseline data only a few months before Tropical Cyclone Gita hit Tonga proved to be invaluable. It not only provided usable data for post-disaster comparison, thus facilitating accurate damage assessments; it also acted as a trial run for the actual disaster, thus enabling the development of procedures, location of suitable flight areas, and rectification of problems. Figure 15_ _shows an example of the same structure before and after the Cyclone.

From the two data collection processes — one before and one after the disaster — two main lessons emerged:

The two missions combined represent a total budget of about US$0.5 million, which includes many experimental elements during the field test. The amount of information collected from these two missions represents millions of dollars in field work and data interpretation. Not only did the UAV collect images of urban damage, it also collected images of cropland and shoreline. In one two-hour flight, the UAV covered more than 12 km2, or 24,000 acres, acquiring more detailed imagery than could be produced by a satellite — and doing so more than 10 times faster than a ground crew conducting the same work. 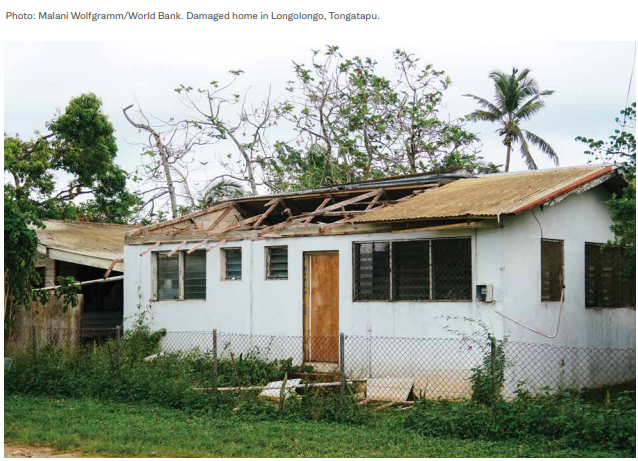 Edit this page on Github